Orphanage for abandoned and/or deaf children 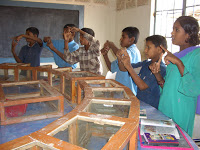 Today I tour an orphanage in Pune that Family Care has been supporting, which focuses on taking in and educating street children, or abandoned babies. So these children have showed up from various sources, from the police bringing orphan children begging at train stations, to children of nomadic people who have abandoned their children.

What’s more, 55 of these children are deaf, and have to be trained to learn sign language, and then receive academic training in the local languages, Marati and Hindi, altogether a long and patient process. Once these children reach 15 years–of-age, they are also taught a vocation. 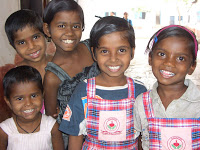 Today 250 children were in the orphanage, receiving academic training in Grades 1 – 8, a dream they would never have attained given the lack of opportunity in their previous life. The dear folks running this orphanage also run another nearby establishment that houses and teaches another 172 older orphans and children from similar backgrounds.

The man who started this orphanage 20 years back could very well be described as a male Mother Teresa, as far as his dedication to this wonderful undertaking. He was a successful businessman and human rights activist who took in a few street kids, then a few more, and before he knew it, this is what he was doing full-time. 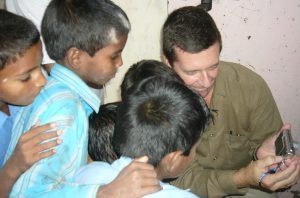 The best part of my visit was interacting with the precious children, each of which I realized could have been mine, except by the grace of God creating the circumstances that allowed mine to be born in a western nation, where opportunity exists.

Additionally I checked out the computer schoolroom, and vocational training aspect of the school, both funded through a recent grant from Family Care.

Next stop, Mumbai (Bombay), where we have a project partner that supplies free surgery for polio victims, polio still being active in India.